Richard de Pesando responds to the work of Rachael Young

A response. Not a review

I recently spent a couple of evenings at Live Art and Queer performances. I’ve seen a thousand over the years, some independent, some generously funded. Mostly short, mostly forgettable. I was asked to think about what I’d seen and respond rather than react. Not review. Nobody needed my approval or opinion.

At first I feel little personal engagement with the performances, I enjoyed everything I saw, but I wasn’t sharing my own experiences, I was just a passive observer, I knew the themes. frustration, irritation, anger. That need to find a voice. And that’s enough. I won’t deny anyone their voice or their ‘space’. I’ve worked far to hard to build my own. I know how precious it is. Until the final act. When I was younger and fitter and more optimistic I use to go to clubs. I frequently didn’t get past the door. I didn’t look gay enough, ‘too straight’. Always wearing a coat when everyone else was shirtless, worse when I was on my own. Which I usually was. Once the door staff asked me general knowledge questions as a test.No – I didn’t know Judy Garlands’ real name. I got the Night Bus home.

Many friends struggle to get ‘past the door’ one way or another. Often, because of their colour. I knew that. Watching Rachael Youngs’ interpretation of a medley of Grace Jones hits was the first time I’d ever seen the politics in the work. I was embarrassed by my own ignorance. It was always there, in plain sight. She talked, sang, moved, danced. I can’t remember – I was too busy thinking, remembering. Feeling angry.

I was actually grateful, but at the same time. Ashamed. Why have I never seen this before? Where the fuck have I been?

I never liked the word queer. A word I learned at school. A word my mother said from the side of her mouth and my father, who spoke 7 languages, couldn’t bring himself to say in any of them. A word I overhead when I wasn’t supposed to, from people who thought they were being kind by hiding their mouths, and later apologising, which is much worse.

Queer was Larry Grayson, John Inman, Charles Hawtree. Queer was the old guy with silver hair from the RAF club, popular with the wives because was an amazing dancer, but none of the men spoke to him.

I struggled with the concept of reclaiming the word ‘queer’. Younger men can say ‘queer’ with relish. As if it meant nothing. Not me.

I left a teaching post after the Head of Year called a student ‘queer’ and a good job because a manager suggested making a single toilet available ‘For the queers, to keep the peace’.

Queer was the Joseph Losey film ‘Victim’. Queer and Victim. Two words stuck together forever, a film I saw when I was 14, just as I started reading about a new type of cancer. Before it had a name

Queer had a life of it’s own and it wasn’t mine. I never called myself queer. It was too tainted. Too ugly. Too heavy.

Perhaps. I need to change the way I think about myself and what ‘queer’ is. Not just a word. A state of mind. A disruption. A disconnect, the detachment from the limitations of the regular world and it’s what makes me who I am. Who everyone else is. My queer space is a kingdom, not a prison.

An extended version of this response can be viewed on Richard’s website.

Richard de Pesando is originally from Liverpool and has worked in the creative industries for 25 years. He is based in Hastings where he works as a freelance designer, photographer and writer. He has an interest in the counterculture, social history and not fitting in. 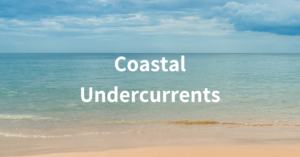 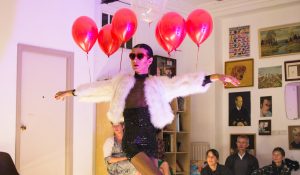 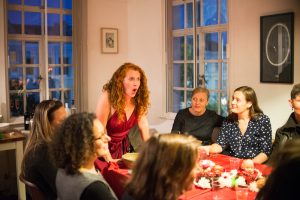