New Queers on the Block

New Queers on the Block

An evening of daring new theatre from the UK’s brightest LGBTQ+ artists.

This showcase of exceptional contemporary theatre will address directly how it feels to be living right here and now in these turbulent times. From what it means to be a black woman in the UK via the music of Grace Jones to an exploration of all the mischief and confusion that comes with childhood.

Rachael Young – “An uncompromising original tornado” The Stage
Rachael Young is currently exploring the cult of Grace Jones in an explosive new performance bringing intergalactic visions to start a revolution.

Stacy Makishi – “Brilliant” The Guardian
Stacy Makishi is a transplant from Hawaii. Like a bonsai plant, Stacy is small but old. She has been making art for over 30 years. Her work is a cross-fertilization of theatre, comedy, film and visual art

Marikiscrycrycry – “a raw portrait of black, queer identity and politics” Exeunt Magazine
Marikiscrycrycry explores the experience of being black and queer against “our current political moment”.

Hester Chillingworth – “hilarious, witty and entertaining” A Younger Theatre
Hester often makes work that plays with language, simplicity, interpretation and some things about childhood, including mischief and confusion.

Further information about the event

The performances will run for approximately two hours. Each one will be around 10 minutes in length with breaks in between. After the last performance there will be music and dancing till late for those of you that want to keep the party going!

The venue has gender-neutral toilets and is wheelchair accessible

This is a safe space for LGBTQ+ folk and their allies to come together, any behaviour deemed as disrespectful will not be tolerated. The Home Live Art team will be there and visible all night to address any issues you may have.

This event is supported by and part of Coastal Currents Festival in Hastings and St Leonards.

New Queers on the Block is developed by The Marlborough Theatre (Brighton) in association with local partners, supported using public funding by Arts Council England and with support from Jerwood Charitable Foundation. 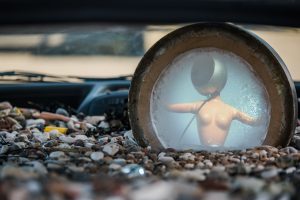 We are delighted to once ...