Artist and queer icon Sue Tilley curated and presented the first Reel Queers Screening of 2020 at The Printworks, taking the audience for an entertaining and eclectic journey through the TV decades.

From Brookside to Boy George, Sue presented a highly personal selection of film and television clips that have influenced her life and work.

This event was part of the New Queers on the Block Weekender – Three days of performance, screenings and cabaret in venues across Hastings and St Leonards from 5-7 March 2020.

Sue Tilley is an artist and writer based in St Leonards.

Born in South London, she was the muse and friend of the late fashion designer and performance artist Leigh Bowery and worked as the cashier for his notorious nightclub Taboo. In 1990 while working as a benefits supervisor she began to model for Lucian Freud appearing in his world famous portraits Benefits Supervisor Sleeping and Benefits Supervisor Resting.

She is the Author of Leigh Bowery the Life and Times of an Icon published in 1997.

Since she retired from the dole office and encouraged by club impresario Wayne Shires, Tilley set up a studio and began to make oil paintings. Turning herself from model and muse to artist she has shifted her gaze from domestic items and things about her home to self portraits and portraits made in homage to artists she admires.

She was recently commissioned by Fendi to produce images for its SS18 menswear collection.

Reel Queers is an invitation for members of the LGBTQI+ community to present a personal section of short films, television clips and found footage around a particular concept. More info

New Queers on the Block Weekender

New Queers on the Block s... 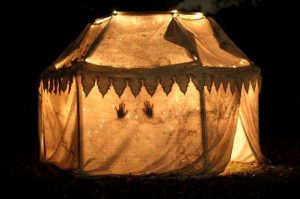 Announcement: Due to unfo... 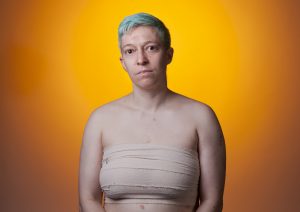 BOUND is a lifelong proje... 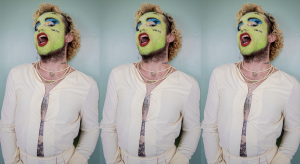 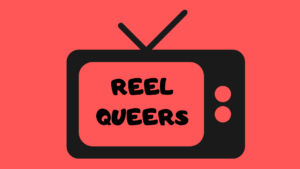 Reel Queers is an invitat...