We invited people to the Circle Bar inside the White Rock Theatre for an informal drinks reception to launch the Knotty festival of performance, followed by a performance from Rachael Young.

Rachael Young and her badass band of super-humans embrace Afrofuturism and the cult of Grace Jones in NIGHTCLUBBING; an explosive performance bringing visceral live music and intergalactic visions to start a revolution.

1981: Grace Jones releases her landmark album ‘Nightclubbing’; her body is brown and soft.

2015: Three women are refused entry into a London nightclub; their bodies are brown and soft.

WE are those women, we zoom through galaxies and solar systems, travelling through time, preparing for our moment to land…IT’S NOW!

More about the artist

Rachael Young is an award-winning artist whose interdisciplinary performance exists on the boundaries between live art, dance, contemporary theatre and socially engaged practice. Her work creates spaces for intersectional realities to be explored and celebrated and for alternative narratives and forms to evolve and be heard.

Rachael’s most recent shows OUT and NIGHTCLUBBING received critical acclaim; with OUT winning the 2017 South East Dance ‘A Space to Dance’ Brighton Fringe Award and gaining a nomination for the ‘Total Theatre & The Place Award for Dance’ at Edinburgh Fringe. She’s currently touring these works nationally and internationally. 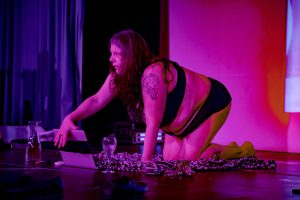 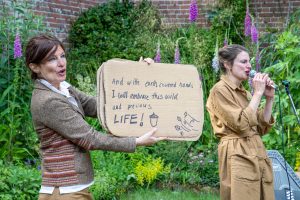 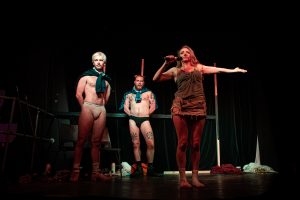 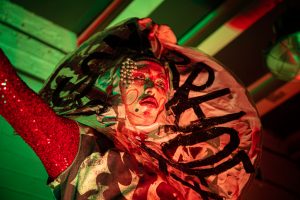 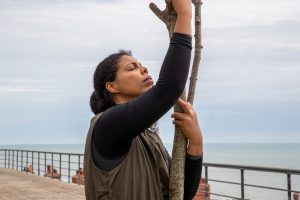 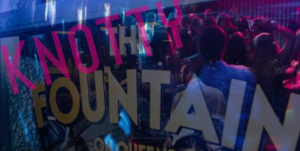 A wrap party at the Fount...